Well I knew she would go and quickly start taking pictures, just didn't think about how quickly she would finish the film.

She knew what the camera was thanks to the movie Bolt.
Photo From Walt Disney Studios

The Camera reads 10 photos but the package only had 8 and she has taken 7 so far.

I suppose I can buy her another pack of film for Halloween if that really is the last one but I guess we will wait. I know that this is not very Halloween-ish but I kind of had to explain why my posts are hit and miss.

So Ill end it with this,

Hand a classic Polaroid camera to a 4 YO and see what happens... 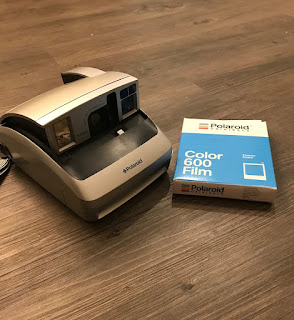 Enjoy and Stay Tuned for the final product .....

and don't forget to check out all the other "cryptkeepers"