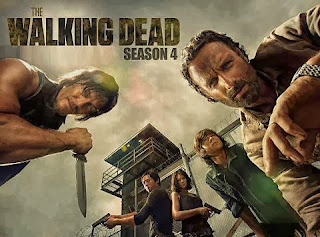 This day should probably be about Jason Voorhees in no other than Friday the 13th, but the fact that Season 4 of The Walking Dead premiers today.....so how can I resist. I was a late bloomer to the show being a fan of all the George Romeo Zombie films I thought that this was just another show that cashed in on the zombie craze, boy was I wrong. This show rocks and I could not stop watching it since watching the first episode on Netflix the show was already starting of season 3 when I got to season 2 so i had a way to go. As soon I caught up to the show and had to wait for the series to get released on blu-ray I was hooked and wanted more so I also got in to the comic book. The Comic is what started it all and this month marks the 10th Anniversary of the comic in which they released the first issue in color (all issues are printed in black and white). 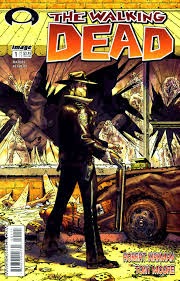 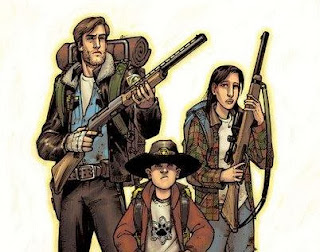 I personally recommend both  tho' the comic is completely different from the show and I say that as a good thing, but I really would not recommend this material for younger readers as its a bit graphic, but the choice will be yours. I can't wait for tonight......bring it!