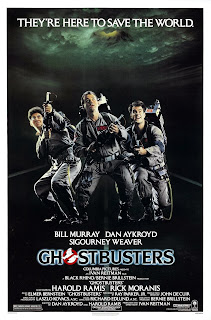 Day #8 "Who You Gonna Call?"
This was and still is one of my favorite ghost/paranormal movies of its time, I believe that it was also the first ghost/paranormal movie that I ever watched. The toy line was awesome and as an adult I still want them, I'll probably just run around the apartment annoying the cats and wife trying to catch them. 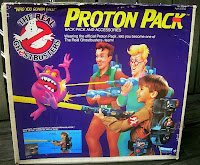 The Movie was great, the special effects were cool and despite of the fact that this movie was technically released in June back in 1984 I will throw this in the lineup with a technicality because it has ghosts in it, also I remember getting scared as a kid when I watch this movie so yeah.
I do have a small cool(I think) collection of items of the Movie. 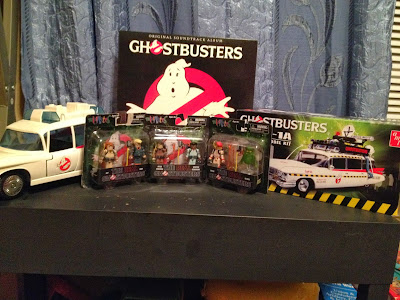 Yes that is a record album its a small collection like I mentioned but i like it.